My name is Nichole Moots and I am the Director at Dancer's Edge!  I am a Colorado native and I started my dancing career at age 4 at Miller's Dance Studio in Aurora, Colorado! From the basement of Mr. Millers house to one of four different studios, I studied all areas of dance with a main focus in Ballet.  I have performed in multiple shows including Beauty and the Beast, The Little Mermaid and the Nutcracker.  I have taught ballet, tap, jazz, poms and hip hop for over 20 years mostly in the Brighton area.  My favorite to teach is Hip hop! I started Dancer's Edge at Zion Lutheran school (where I also taught preschool) as an after school program for those not able to participate in the arts. We continue to grow every year and love welcoming new families to our program. We have participated in several dance competitions taking home many awards but what we are most proud of is receiving the "Heart of gold" award from DreamMakers dance competition as well as several studio excellences awards.  I am honored to have received the 2019 Master in Cultural Arts in Education Award from the city of Brighton!  I am a huge promoter of positive self-esteem and encourage all of our dancers to reach deep and love what they do!

JeniSue Lopez has been active in the dance world for 30 years now! She began competing regionally and nationally at the age of 5 and began traveling the U.S. as an assistant to her director at the age of 11. JeniSue performed with the Boulder based professional jazz company Blue Moon, also at the age of 11. She started training from world renowned dancers on the convention circuit, on a scholarship basis, then graduated High School early to continue her dance studies in Los Angeles. While in Los Angeles, JeniSue at 17, signed with an agent and trained at the Edge Performing Arts Center as well as the Millennium Performing Arts Complex.


JeniSue has trained in Cecchetti, Balanchine and Vaganova ballet methods from principal dancers of the Joffrey Ballet, Kirov Ballet, and New York City Ballet. While ballet is where her heart and soul is, she is trained in numerous other styles of dance including jazz, contemporary, tap and hip-hop to name a few. She also trained in the modern style of Graham, from one of Martha Graham’s original company members. JeniSue performed with the professional dance company Dream Project from 2009 to 2012.


JeniSue has been teaching for 18 years, 15 years of those she has also directed Competition Teams. She has been Directing, Choreographing and Creating her own shows for 8 years including titles such as The Nutcracker, The Nightmare Before Christmas, The Wizard of Oz, and Alice in Wonderland. JeniSue continues her dance education annually in Los Angeles as well as in the Denver convention circuit.


Some of JeniSue’s most rewarding credits include being a mother to her daughter Jaydalyn, and sons Jacob Lane and Jedd Thomas.

Destiny Archuleta was born and raised in Colorado where she danced since age four. She recently earned a BFA in dance from Colorado Mesa University where she studied under many professional artists. She has had the opportunity to work with additional guest artists such as Matthew Montenegro, Dantre Lara, and Peter DiMuro. She attended the Bates Dance Festival Gibney Connect Dance Winter Intensive in NYC and has taken workshops with people such as Mike Esperanza, David Taylor, Jessica Taylor and Courtney Jones. Prior to teaching at Dancer’s Edge, Destiny has taught for the City of Lakewood for many years on and off while pursing her degree in Dance. She is now attending Regis University where she is pursuing a Master’s degree in Elementary Education. Destiny feels grateful for the opportunity to provoke a positive message through art and education. She is excited to share her knowledge and experiences with the students at Dancer’s Edge to inspire them to live and strive toward success, even when life is difficult.

Greg Morgan came to dance late in life, regardless in 8 years he has learned much about dance.  He was first introduced to dance at Brighton High School but his formal training started at Colorado Mesa University under former Witchita Ballet Theater principal ballerina and Rockette, Melonie Murray.  He graduated from Colorado Mesa with a Bachelors in dance and a second Bachelor in public relations/advertising.  He has also danced professionally with several regional dance companies including, Beyond Boundaries Dance Collective, Saltwash Theater, Push/Don't Pull Dance Theater and Colorado Mesa Repertory Dance. Most recently he was featured as a ballet soloist at the Colorado Girl Scouts National Think Day.  He has also performed at various venues across Colorado including the historic Wheeler Opera House in Aspen, Colorado, the Lakewood Cultural Center and Cleo Parker Robinson.  Mr. Greg has also taught creative movement workshops for children as part of the summer program for Zion Lutheran School in Brighton as well as teaching many other genres at studios throughout the Denver Metro Area.  His excitement for new adventures in dance is only rivaled by his passion for teaching.  His goal is to inspire the next generation of dancers to be beautiful, bold and big! 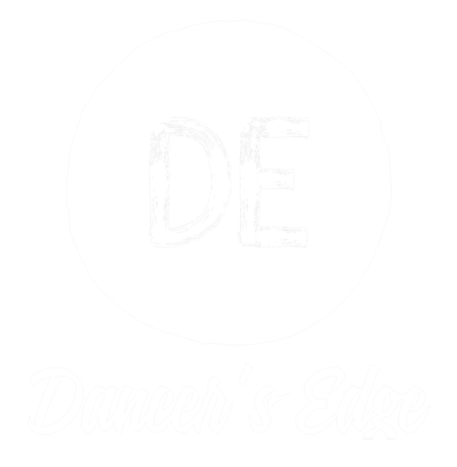 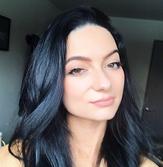 Camryn Brunson has been dancing since the age of 5 when she took her very first ballet class. At 7 years old, she joined the competition team at a local dance studio. Then in 2012, when Miss Nichole opened the doors to Dancer’s Edge, Camryn knew she wanted to be a part of it. From the very beginning, she has considered the studio her home away from home and everyone at Dancer’s Edge her second family.

In total, Camryn has been a dance team member for 11 seasons, participating at various competitions around the Denver area. She has been involved in many successful production numbers, group dances and solos. She was also a member of the Brighton High Poms team for 3 years where she learned other skills outside of studio training. Camryn is trained in ballet, Pointe, jazz, lyrical, tap, hip hop and poms. Highlights of her time at Dancer’s Edge are being chosen as Dancer of the Year in 2014 and receiving the Inspire Award in 2019.

Outside of dance, Camryn is a senior at Brighton High School. She is very involved with DECA and is currently a State Officer and the BHS store manager. She also enjoys volunteering in the community especially when it involves children.

Camryn is passionate about being a positive role model, creating a fun environment and encouraging a love of dance. She is so excited to be part of the staff at Dancer’s Edge and combine two of her favorite things, dancing and working with kids.

Chloey Hillerman grew up in Colorado, and started dancing at the late age of 15. She has trained in the Vaganova Method of ballet at various schools such as Colorado Ballet, National Ballet of Denver, and Denver Ballet Theatre Academy. She has also spent summers training at Kirov Academy of Ballet, Next Generation Ballet, and Oklahoma City Ballet.

Chloey is currently a professional dancer with Ballet Ariel where she has gotten the opportunity to perform roles such as: Red Riding Hood (Sleeping Beauty), Neapolitan and Czardas (Swan Lake), Duet from La Vivandiere, Abonne's Girlfriend (Degas), and Fritz and Spanish (Nutcracker). She also teaches spin classes and has a love of fitness! Chloey hopes to share the beauty of ballet with her students, expressing the heart in each movement, and embracing athleticism as dancers!